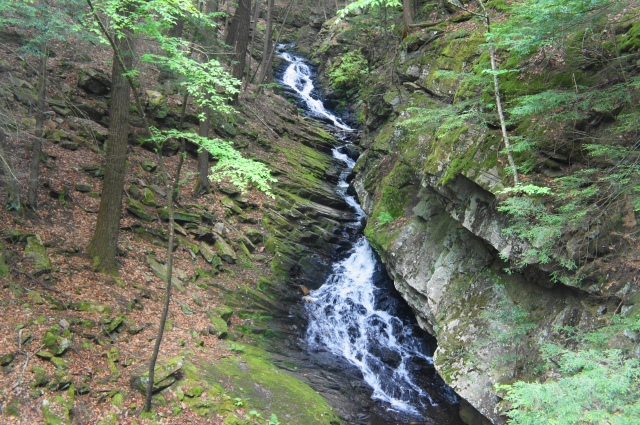 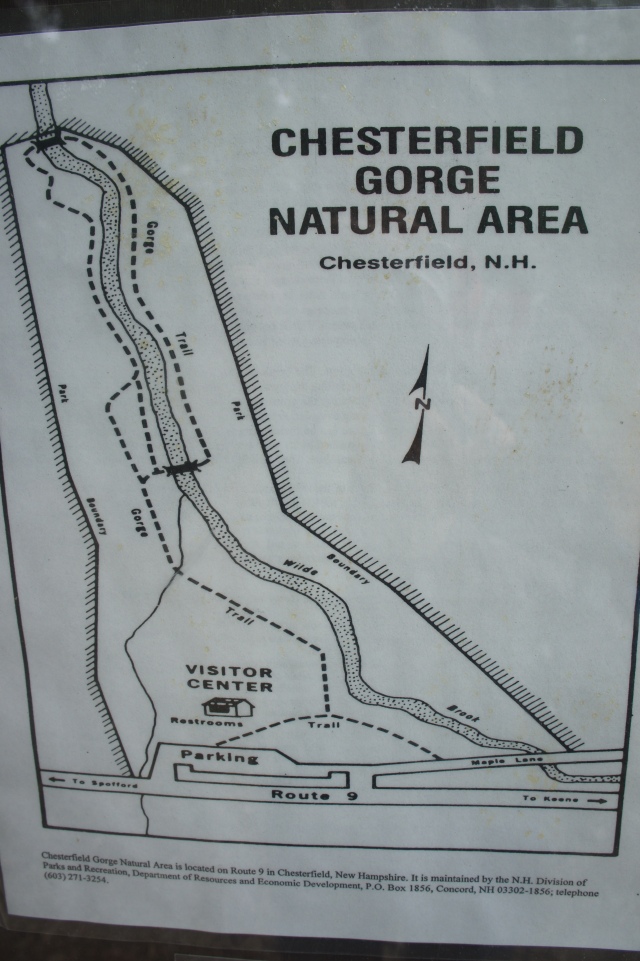 Chesterfield Gorge Natural Area is located on the north side of New Hampshire Route 9, a.k.a. Franklin Pierce Highway, between Keene and the Vermont border. The small parking area, situated parallel to the road, is marked by a wooden sign reading “Chesterfield Gorge State Wayside.” From the parking lot, pop into the visitor center for information and a map, then follow the sign for “Gorge Trail.”

The wide path immediately begins a modest descent to the northeast, quickly reaching a junction in less than 100 yards. Bear left as the trail switchbacks to the west and enters a small valley ringed with hemlocks. Wilde Brook comes into view on the right, and the easy trail traverses a small tributary before approaching the start of the loop section of the hike. Bear right first, crossing a wooden bridge over Wilde Brook, then bear left, hugging the north bank. 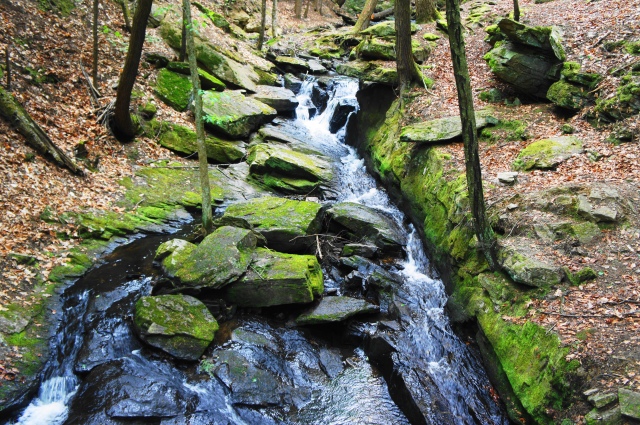 From here, the creek begins to cut into a shallow gorge, forming pleasant and photogenic cascades. Views are partly obscured as the trail remains high above the gorge, but the trail quickly drops at about the 1/3-mile mark to cross a bridge at the base of the canyon. 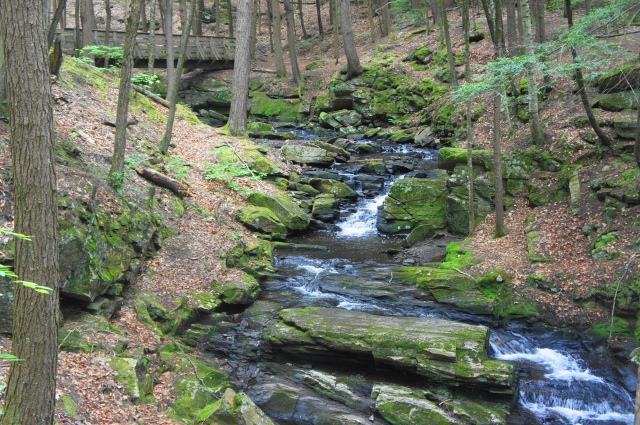 Wilde Brook below the first bridge

The views are much better as you ascend the south side, reaching a fine but fenced off viewpoint at 4/10 mile. Here the creek squeezes through a narrow channel with jagged walls on both sides. 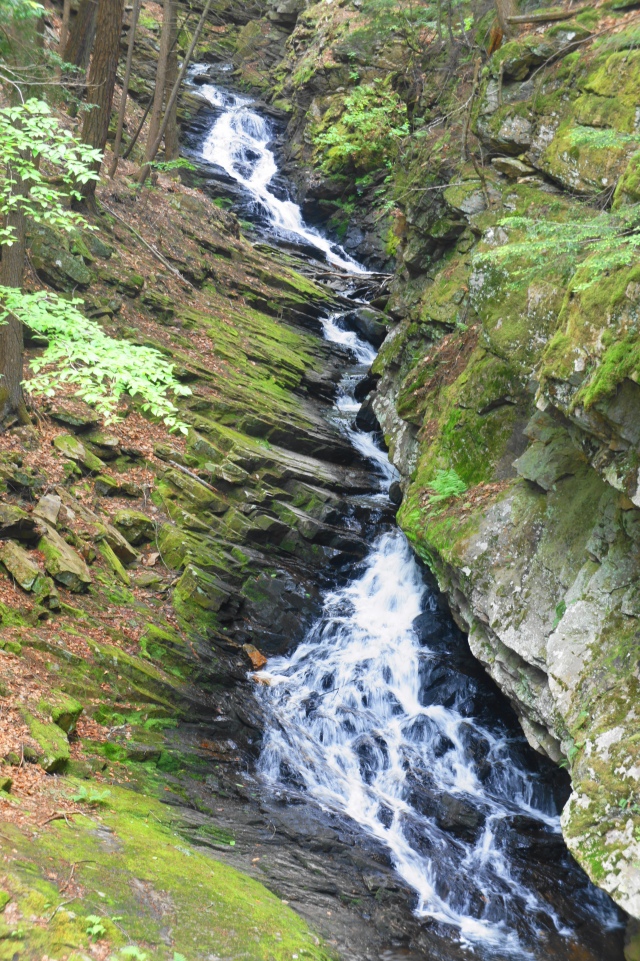 Chesterfield Gorge was formed during the latest Ice Age, as melting ice formed a stream that cut through the existing bedrock and reached the igneous granodiorite, where it carved a channel through the path of least resistance. The rocks today are covered in green lichen, providing color to the gray rock. 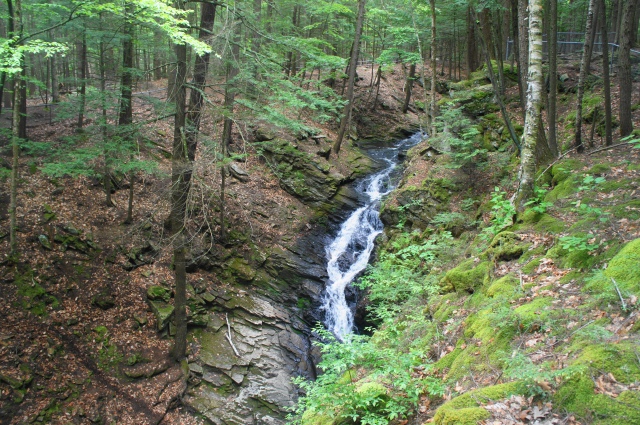 Cascades at the top of the gorge

Continuing around the loop, the trail leaves the gorge behind and weaves back to the initial bridge. Stay right, following the uphill path leading back to the parking area. The total distance comes out to around 7/10 mile, a trip that should take between 30-45 minutes.