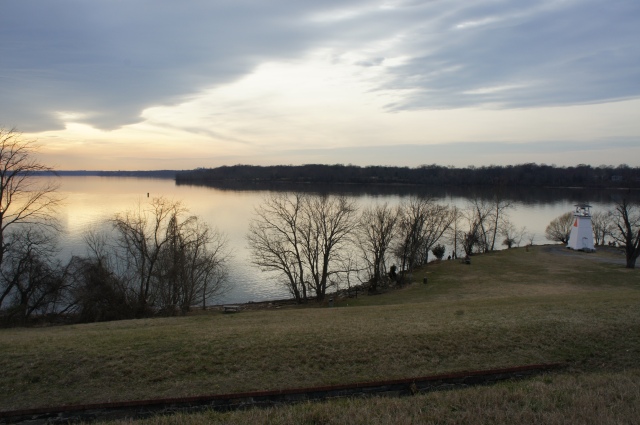 Spanning more than 200 years of history, Maryland’s Fort Washington is situated on a picturesque hill overlooking the wide and placid Potomac River, within sight of Washington, DC. The 19th century fort today lies within Fort Washington Park, protected and administered by the National Park Service. Around the brick structure, concrete batteries are scattered across the landscape, while much of the rest of the peninsula has been overtaken by dense forest. The 3.7-mile Fort Washington Loop—a relatively easy stroll with a few short but steep climbs—circuits the park, passing key sights and offering lovely views of the Potomac. Unfortunately, however, the trail maintenance is not the greatest—the loop suffers from broken bridges, fallen logs, and poor signage. (Note: See my previous post for a photo tour of Fort Washington itself.)

Fort Washington Park is a 30-45 minute drive from Washington, DC and is often visited in conjunction with nearby Fort Foote, Harmony Hall, and Piscataway Park. Begin your visit at the Fort Washington Visitor Center, which offers historical and recreation information on the park and serves as the start and end point for this loop hike. The walk from the parking area, which passes between Battery Decatur and an observation tower, is roughly 150 yards.

The view southwest from the Visitor Center (a bright yellow building) is terrific: topped by Fort Washington, green, rolling hills disappear into the still, cerulean waters of the Potomac. A trio of waysides tell the story of the area from the original 1809 structure—Fort Warburton—through the Endicott System of defenses at the end of the 19th century. (Note: Battery White, visible down the hill from the main fort structure, was part of the latter upgrade.) 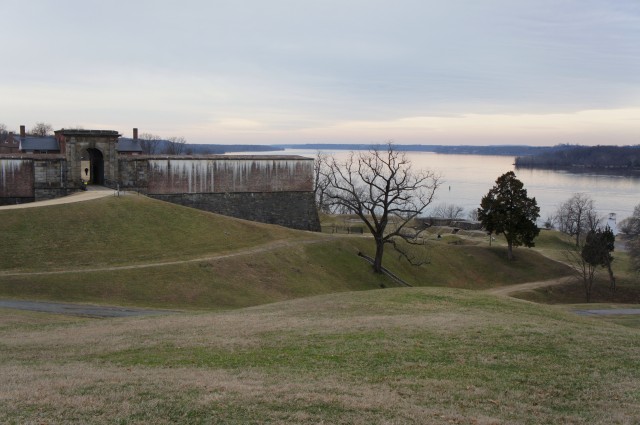 Once you’re ready to hike, head south on the paved path from the overlook and bear right as the path weaves downhill into a grassy gully. Detour left at the next fork to explore the main fort or continue right to head toward the river and the start of the loop portion of the walk. At 2/10 mile, bear left on a partly graveled path; Light 80—a small, white lighthouse—is visible ahead. As the trail approaches the lighthouse, five different routes converge at a sunny junction. Look for a sign to your left reading “River Trail”—follow this path as it skirts the base of Battery White.

The River Trail quickly enters woods and follows a narrow strip of land between the Potomac on the right and the fort walls on the left. As the fort disappears from view, the trail follows an old road that bends eastward and abruptly ends at a wooden boardwalk at around 6/10 mile. Continue onto the brief boardwalk, then follow the singletrack trail as it cuts across a woody ravine and, at 9/10 mile, passes a rifle trench on the right. Views of Piscataway Creek, a significant tributary of the Potomac, are plentiful.

Potomac River from the River Trail 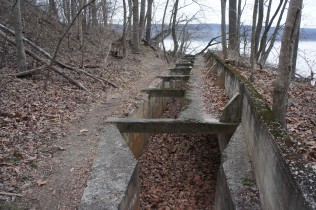 Rifle trench along the River Trail

From the rifle trench, the River Trail begins the first of two significant climbs. Stay left at the junction, then ascend a set of wooden steps to clear a modest bluff. Stay right at the next fork, then descend sharply into another gully. Cross over a muddy stream, approaching another junction—stay straight this time. Climb a steep and lengthy set of stairs and enjoy the partly-obscured view of the Potomac from atop the ridgeline.

With the hardest climbs behind you, the trail bears northeast and ascends gradually to Battery Wilkin at 1 ¼ miles. This battery, now rusted and overgrown, was constructed at the turn of the 20th century and remained in service until 1928.

Passing to the right of the structure, stay straight as the grassy field gives way to woods again and an old, asphalted road. Probably the dullest part of the hike, the road from here heads north through the forest for around 1/4 mile, with suburban houses on the right. At about 1.6 miles, the River Trail ends at a parking lot for some maintenance facilities on the left. Continue straight, heading up the paved road that leads north to the park entrance. Battery Meigs, which once housed eight large 12-inch mortars, is passed on the left. Stay right at the intersection at 1.7 miles. (Note: The road heading left leads to Picnic Areas A-D.) 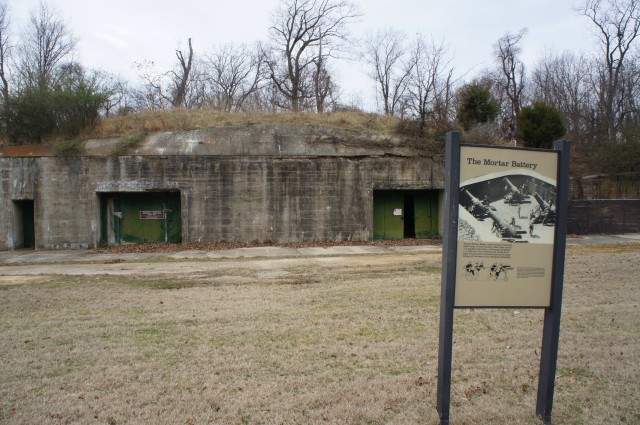 From here it is a short walk to Fort Washington Road and the Entrance Station, off to the right. Pass the entrance and cross the road, immediately turning onto an old, overgrown road marked with light blue blazes. This is the Pump Station Trail.

Fort buildings near the park entrance

The Pump Station Trail starts as a straightforward walk on a gravel road, following a deep ravine on the left. As the old road gives way to a narrow footpath, however, the trail becomes difficult to follow. As a general rule of thumb, stay close to the metal fence on the right (on the other side is a golf course), then keep a close eye out for blue blazes as the route bends and bears west. Around 2.5 miles, having skirted a sloping hillside on the left, the faint path crosses a minor creek; around 30 yards farther, the trail splits. Bear right.

Contraption on the Pump Station Trail

After 1/10 mile, the trail passes an unidentified, old rusted contraption on the left; a couple minutes later, upon reaching a fenced-off building on the left, take a minor detour to the right to the banks of Swan Creek, which feeds into the Potomac just downstream. 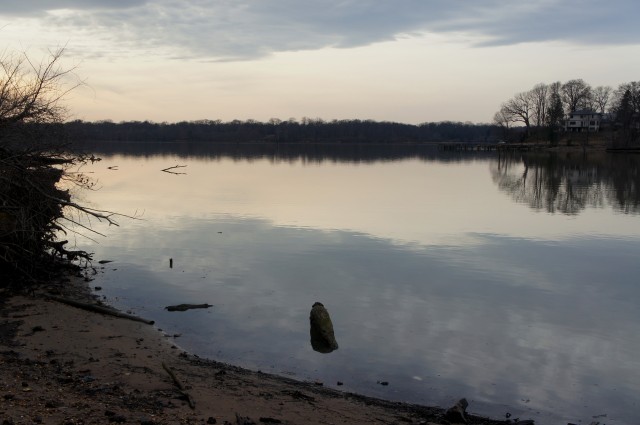 At 2.9 miles, bear right on an easy-to-miss trail, marked by a small blue stake that reads “0.5.” This is the start of the Waterside Trail, which, fortunately, is easy to follow as it hugs the shore of the Potomac River. At 3.25 miles, the trail passes the old torpedo storehouse, a former storage facility for explosive mine parts (not quite sophisticated “torpedo” we think of today). Stay straight on the now-wide double-track; there is a parking area visible uphill to the left. Roughly 3.4 miles from the start, hikers will be back at the five-way junction between the lighthouse and Battery White.

From here you have a couple choices. The first is to return the way you came a couple hours prior—ascending the paved track back to the Visitor Center. The second is to follow a smaller footpath that skirts the side of a hill below Fort Washington and provides close access to Battery White. Both options end near the fort entrance, a short jaunt from the Visitor Center.

Allot 2-3 hours for this 3.7-mile loop. Spring through fall, be sure to wear long pants and bug spray to avoid ticks, as parts of the hike pass through tall grass.