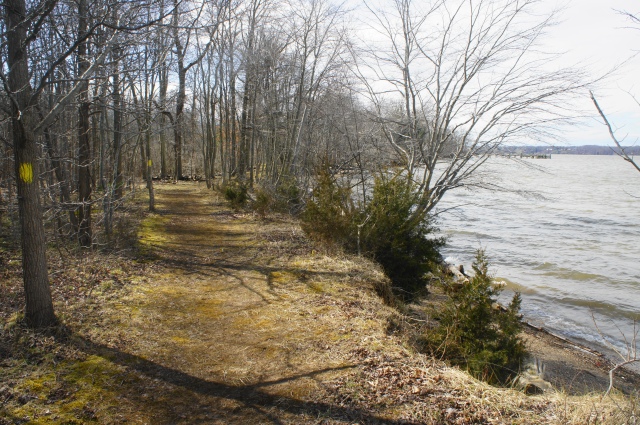 Situated inside Maryland’s Piscataway Park, the Accokeek Foundation, an education non-profit, runs the 200-acre National Colonial Farm along the banks of the Potomac River. In addition to live barnyard animals, the farm features a series of interlocking nature trails, several of which can be combined to form a roughly 2.5-mile circuit around the riverside tract. This post describes a counter-clockwise loop around the area, featuring stretches of dense woods, open fields, wetlands, and views of the Potomac River. If you are lucky, hikers will spot a bald eagle or two among the riparian ecosystem, as well as beavers, foxes, or ospreys. 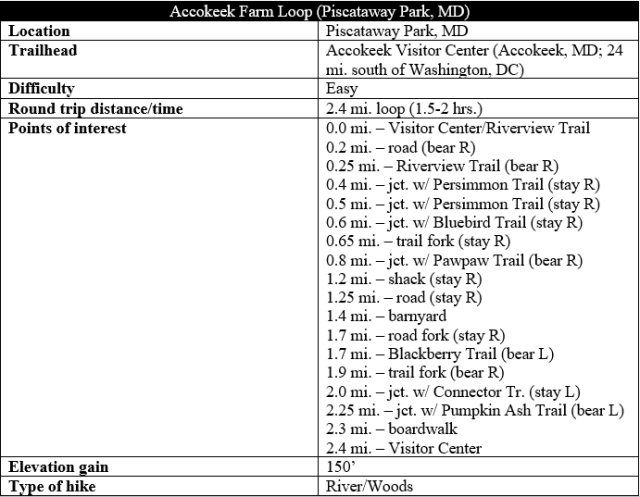 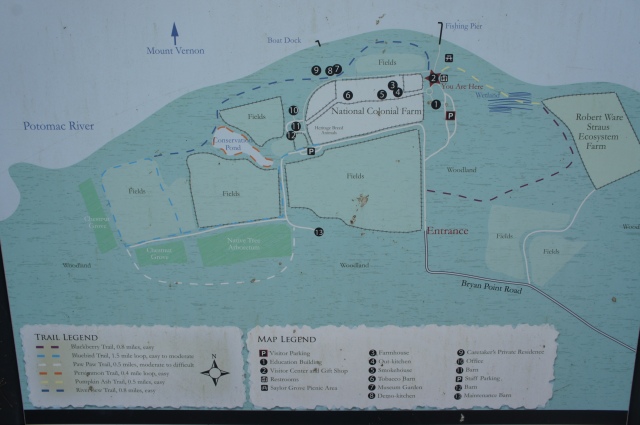 Begin the walk from the main parking area at National Colonial Farm in Piscataway Park, roughly a 40-minute drive south of central Washington, DC. (Note: Piscataway Park is often coupled with a visit to nearby Fort Washington Park. See here and here for more information.) Here you will find the Visitor Center and Education Center (open seasonally), as well as restrooms and the access route to a fishing pier.

The circuit starts behind the Visitor Center to the northwest, just before the gravel road enters a pine-studded straightaway. Look to the right, following the sign indicating the start of the Riverview Trail. This blue-blazed path cuts across the grass, skirting the edge of a long field on the left, then enters the riparian woods along the southern banks of the Potomac River. (Note: As of February 2019, the trail had a peculiar feature: an electric fence on the left—don’t touch!) 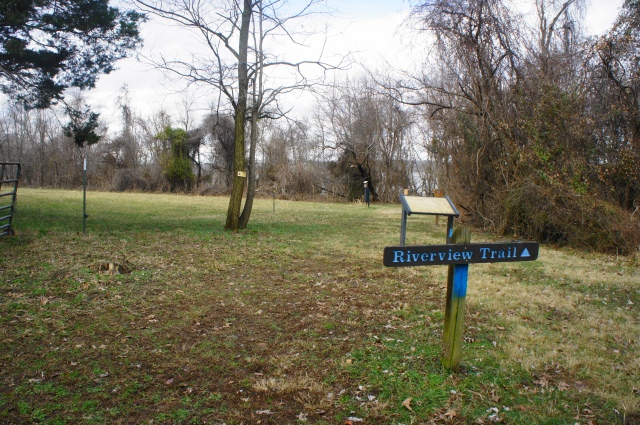 Start of the hike: Riverview Trail behind the Visitor Center

The river comes in and out of view as the flat and easy trail bears westward. Occasional spurs offer access down to the water itself. From here hikers can see across the Potomac River to the Virginia side: the hilltop mansion visible across the way is no less than Mount Vernon, the 18th century home of President George Washington. 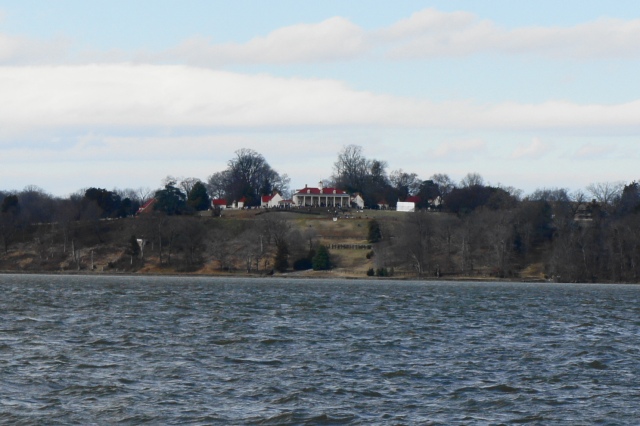 Off to the east is a fishing pier, and the narrowing Potomac upstream in the direction of Washington, DC. To the west, the lower Potomac gradually broadens, eventually winding its way to the Chesapeake Bay and Atlantic Ocean.

Potomac River from a spur off the Riverview Trail

After about 250 yards of hiking, the single-track trail cuts west, away from the river, and bursts out of the woods. Follow the blue blazes as the route skirts a plant garden and then bears south to meet up with the original gravel road. Bear right on the wide drive, following it for a mere 50 yards to the Caretaker’s House, where the Riverview Trail continues straight, next to the edge of the riparian woods.

For the next 300 yards, the trail follows the edge of a fenced field on the left, with dense thicket obscuring views of the river to the right. At 4/10 mile, the Riverview Trail bears left and returns to the forest, then reaches a grassy ridgeline, where the red-blazed Persimmon Trail comes in from the left. Stay straight, then continue to the end of the grassy patch, where the path connects again with the Persimmon Trail. (Note: Before continuing right on the blue-blazed path, take a short detour left to view the modest Conservation Pond, which features a wooden bird blind.) 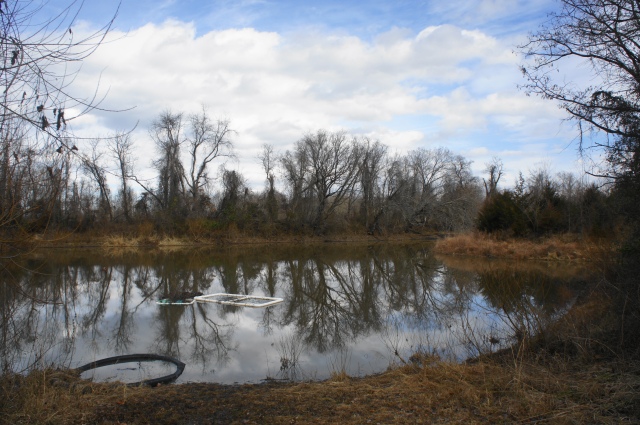 Conservation Pond off the Persimmon Trail

The Riverview Trail continues right and descends briefly to cross a wooden bridge, followed by a gradual climb back to the top of a small escarpment. The path ends suddenly at 6/10 mile, spilling into the much broader Bluebird Trail. Follow the baby blue blazes straight, following the wide and grassy straightaway. With the river on your right, the trail passes a trail fork within about 125 yards; stay straight. At the next intersection, the Bluebird Trail bears left at a 90-degree angle, while a spur path leads to a picnic table along the river ahead.

Follow the left-hand turn and walk the path through the chestnut grove as it bears southward. At about 8/10 mile, an unmarked path comes in from the right, and hikers will now realize that they are on the brink of a relatively sharp drop-off to the right. Continue straight for 30 seconds to another trail junction. Take a left, leaving the Bluebird Trail in favor of the white-blazed Pawpaw Trail.

Near the start of the Pawpaw Trail

The Pawpaw Trail is a small single-track and one of the more interesting of the circuit, as it gains some elevation in the hills around National Colonial Farm. After the initial junction, stay right at a subsequent junction, climbing the wooden stairs up Cactus Hill. The path tops off at around 9/10 mile, in view of a private residence on the right. From here the trail dips slightly as it bears east, then climbs again as it pulls out of a gully with a seasonal stream. The descent back to the farm begins at around 1.1 miles, ending at a small weathered shack and a trail fork. 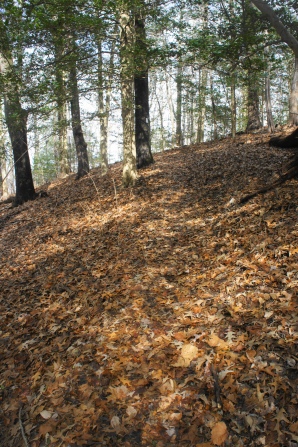 Pawpaw Trail in the woods of Cactus Hill 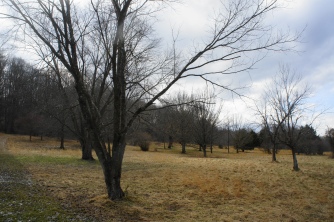 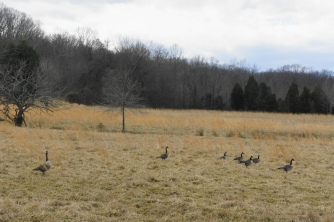 Bear right at the junction, skirting the eastern flank of the Native Tree Arboretum, which contains over 125 different species of trees and shrubs that grew in the Chesapeake Bay area in the 17th and 18th centuries. At 1.25 miles, the Pawpaw Trail ends; stay straight on the gravel road, heading back in the direction of the river and Visitor Center.

The next 1/3 mile requires tracing the wide road as it bears north and then east. At 1.4 miles, pass the barnyard—chock full of cows—on the left. Follow the long straightaway between fields to the 1.6-mile mark, where the road cuts sharply right, within striking distance of the Education Center. Here the road returns to pavement and treads southward toward the farm entrance. 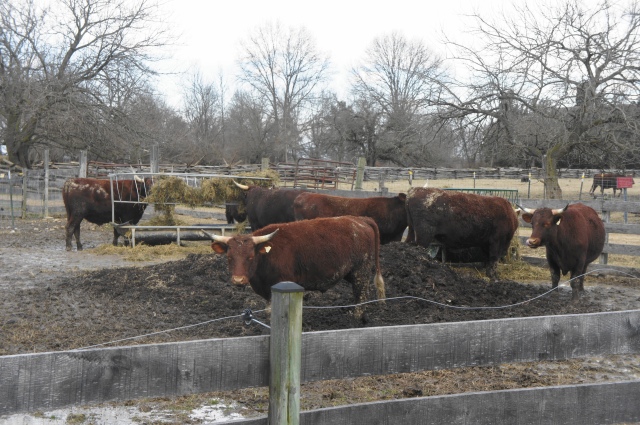 Residents of the barnyard 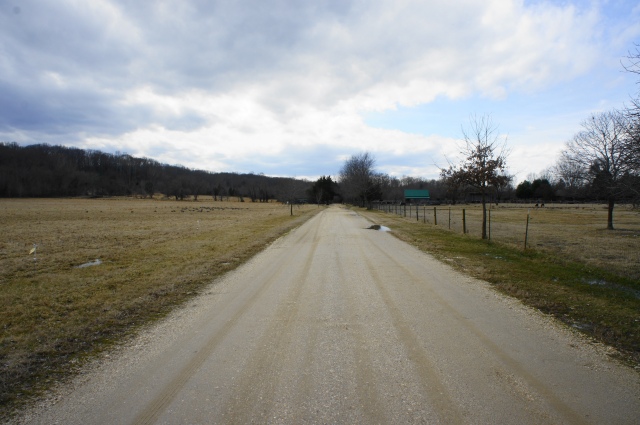 After passing the turnoff to the main parking area on the left, catch the start of the purple-blazed Blackberry Trail on the left. Within steps, this trail drops back into the woods and descends gradually to cross a seasonal stream. While the main track continues right to the Ecosystem Farm, continue left on the blazed path, which stays in the wooded floodplain. As the muddy trail weaves east, it passes a junction with the Accokeek Connector Trail at about Mile 2 (this provides access to the Accokeek Creek area), then brushes up against the edge of a fenced field near the eastern fringe of the farm area of Piscataway. The next 1/10 mile follows the fence northward, ending at 2.2 miles. 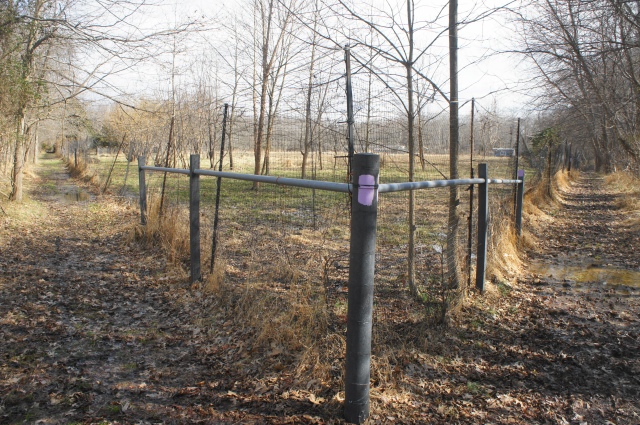 Fenceline along the Blackberry Trail

With the Potomac River again within reach, the Blackberry Trail ends and becomes the yellow-blazed Pumpkin Ash Trail. Bear left here, following what is arguably the finest section of the hike. After hugging the banks of the Potomac River with sweeping views, the Pumpkin Ash track crosses a wooded boardwalk at 2.3 miles, which offers clearance over a wet marshland. 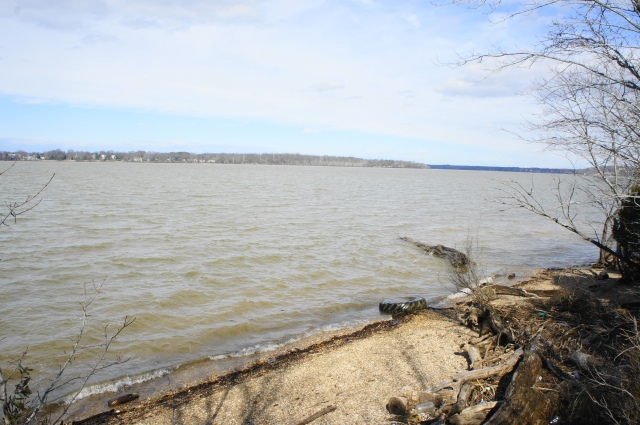 Views of the Potomac River from the Pumpkin Ash Trail

Eventually the wetland gives way to forest again, and the boardwalk ends. This marks the final stretch back to the Visitor Center and parking area, featuring a gradual climb. At 2.4 miles, bear left as the path emerges from the woods to return to the parking lot. 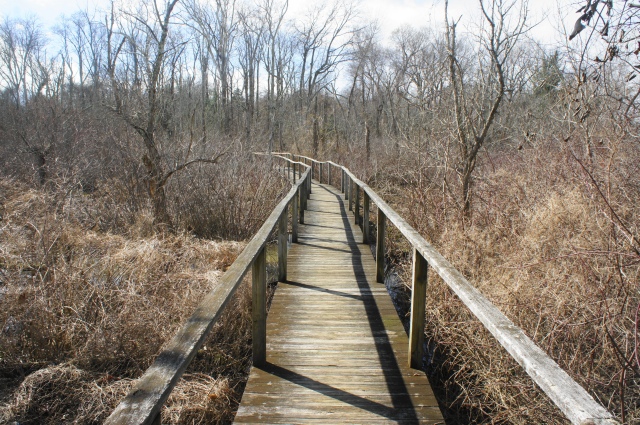 Boardwalk across the marsh on the Pumpkin Ash Trail

Allot between 1.5-2 hours for this round-trip hike. With the exception of the Pawpaw Trail, there is very little elevation gain, although some attentive route-finding is required in places.