General Grant National Memorial, the largest mausoleum in North America, is situated in a quiet and beautiful corner of New York City and commemorates the life of Civil War hero and 18th US President Ulysses S. Grant. The site—widely known simply as “Grant’s Tomb”—includes a small visitor center that tells the story of Grant’s rise to power and fall from grace (he died poor and strapped with a disappointing presidency). But the real draw is the massive granite and marble structure, constructed in 1897, that houses Grant’s grave. Visiting hours are strange—with the mausoleum open only every other hour between 10am and 5pm. 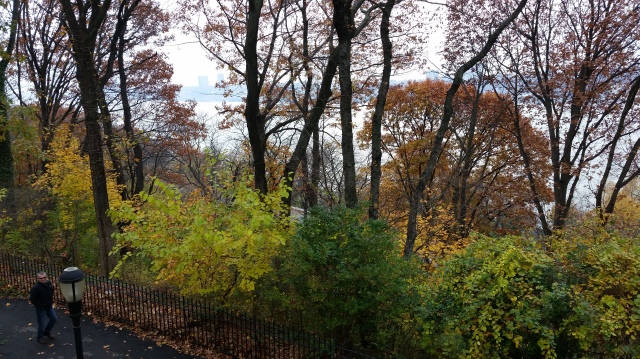 View of the Hudson River from General Grant National Memorial