At 1,529 feet, Cadillac Mountain is the tallest peak in Acadia National Park and has no equal on Mount Desert Island that matches its panoramic views. Three arduous trails climb the mountain, though most opt to drive the winding road to the summit. Being one of the easternmost mountains in the United States, visitors flock to the mountaintop before dawn to see “the nation’s first sunrise.” A short loop trail offers views to the south, north, and east, while a series of turnoffs halfway up the mountain provide a look west to Eagle Lake and Mount Desert Island’s far western shores.

Cadillac Mountain owes its creation to an ancient volcanic system: the granite mass was once a magma chamber more than two miles below the earth’s crust. With time, the overlying rock gradually eroded away, leaving a hardened core of granite that blankets Acadia and reaches its apex here at Cadillac’s summit. 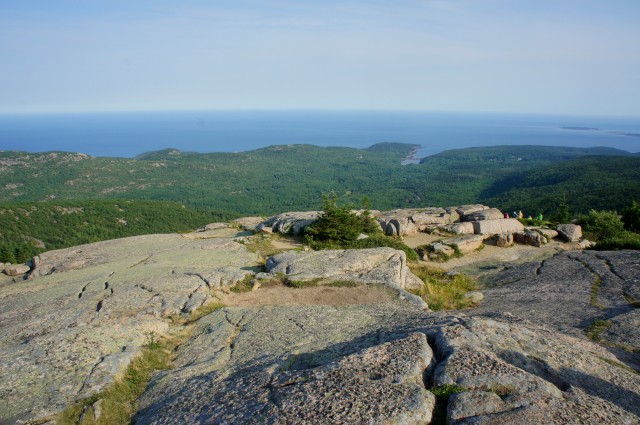 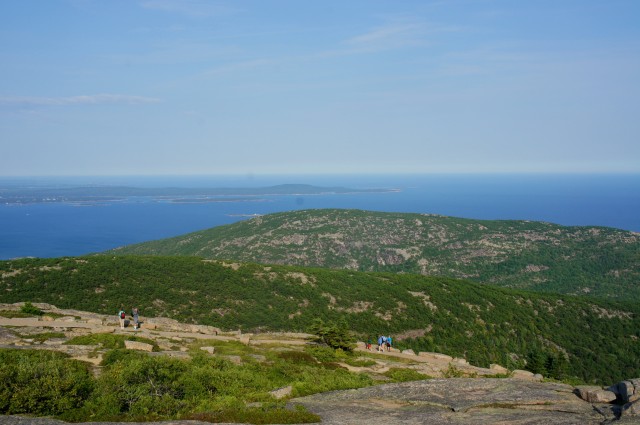 Southwest to the Cranberry Isles