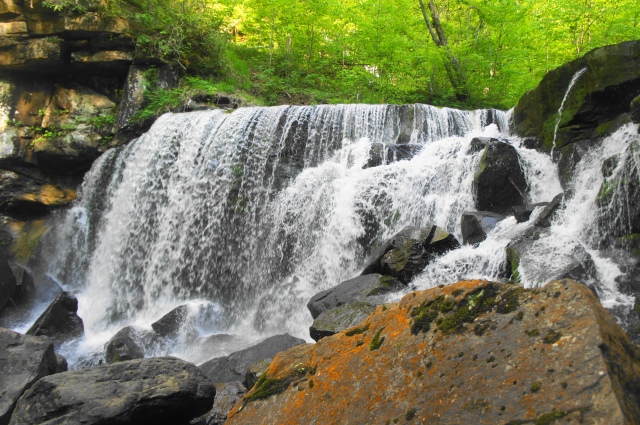 Before the New River Gorge Bridge—the longest arch bridge in the western hemisphere—was constructed in 1977, travelers across New River Gorge in southern West Virginia were forced to descend and ascend more than 800 feet in elevation on the slow and winding Fayette Station Road. The road also serviced a pair of small mining towns, which sprang up during the area’s mining boom in the late 19th century. Today, the mines are shuttered and the vast majority of traffic traverses the 3,000-foot long New River Gorge Bridge, but the Fayette Station Road remains a scenic drive under the protection of New River Gorge National River. The scenic byway crosses under the massive span and crosses New River at the comparatively tiny Fayette Station Bridge. On the west side of the canyon, the drive crosses several beautiful waterfalls, just hidden from view but quickly accessible from the road. These include Wolf Creek Falls and Marr Branch Falls. Set aside at least 1-2 hours to complete this one-way scenic drive, which begins near the Canyon Rim Visitor Center and ends west of the river in Fayetteville, West Virginia. 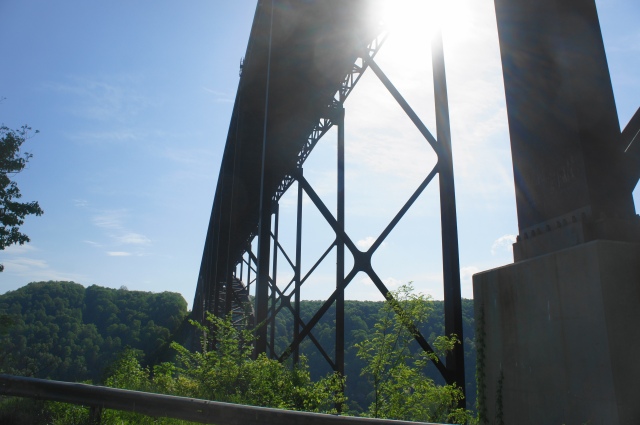 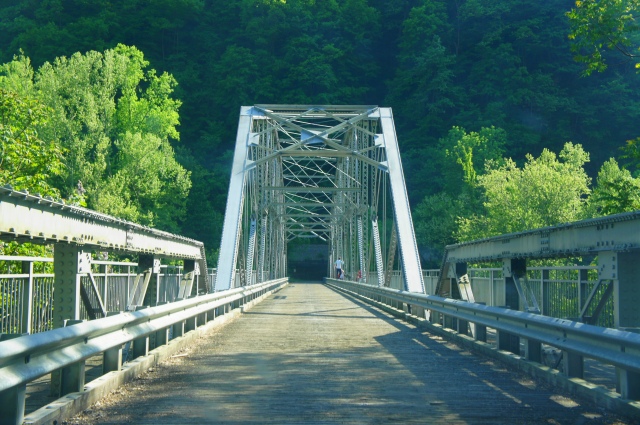 New River Gorge Bridge from the bottom of the canyon 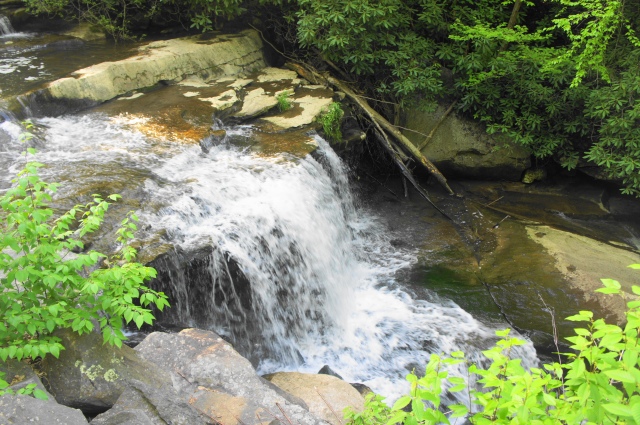 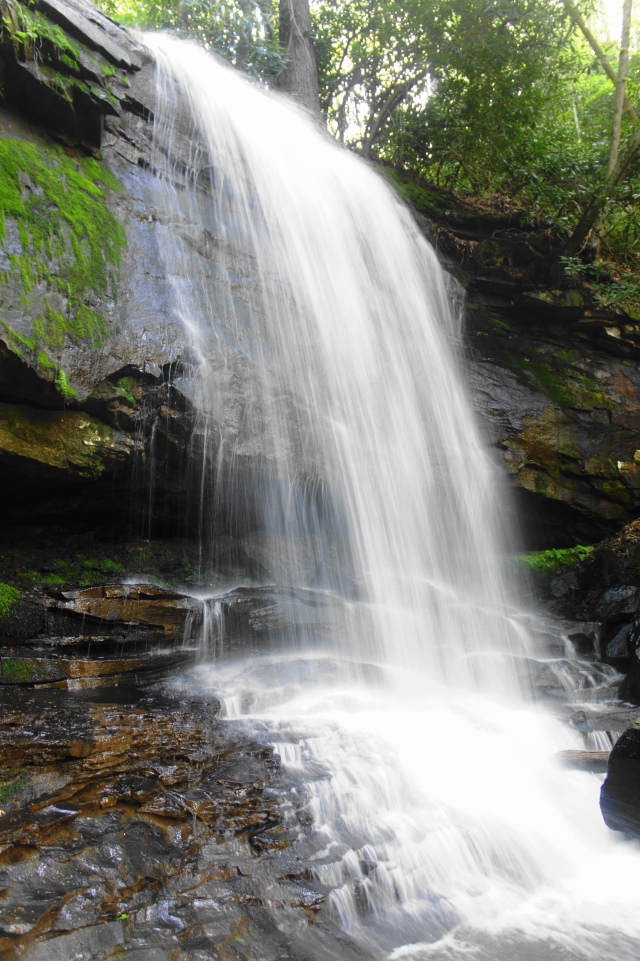 Hiking back up from Marr Branch Falls