Named for the SS Tennessee, a commercial steamer that wrecked nearby in 1853, Tennessee Point is one of the best vantage points overlooking the Pacific Ocean in Golden Gate National Recreation Area’s Marin Headlands area. A relatively easy hike leads to the popular vista, following a section of the California Coastal Trail before branching off in the shadow of Battery Townsley, a WWII-era coastal fortification. The views to the north from Tennessee Point are particularly spectacular, with sheer cliffs, hundreds of feet high, giving way to the crashing waves of the Pacific. (Note: This hike is also known as the Tennessee Point Trail.)

Start this out-and-back hike from the Rodeo Beach parking area in the Marin Headlands section of Golden Gate National Recreation Area. To the east are the remnants of Fort Cronkhite, a former military site that now serves as a housing and administration area for various park services in the area. With Rodeo Beach on your left, follow Mitchell Road to its end, then walk past the gate leading westward; this is a section of the Coastal Trail, a network of paths that exists in fits and starts up and down the California coastline.

Follow the asphalt road as it bends right, then take a left on the single-track path at 1/10 mile. From here, the trail climbs steadily along a cliffside with commanding views of Rodeo Beach, Rodeo Lagoon, the Point Bonita Peninsula, Bird Island, and beyond. After rounding a sharp right-hand bend, the southward views temporarily fade, but the path passes an appealing yet inaccessible cove—Hawk Tail Beach—on the left. Westward, it is nothing but the blue Pacific Ocean, for as far as the eye can see. 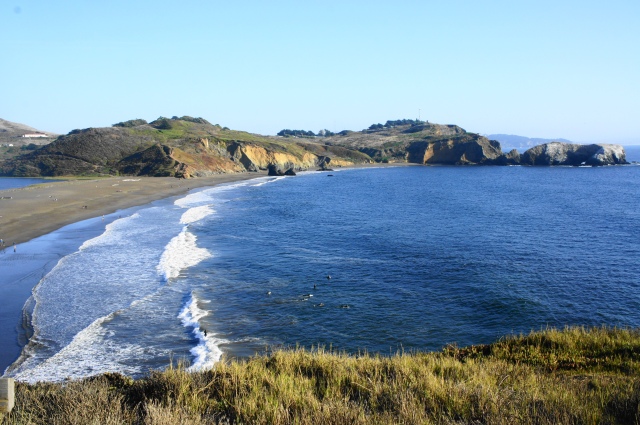 Rodeo Beach from the Coastal Trail

With little tree cover to speak of, the trail continues onward and splits in multiple directions. The paved track to the right is the Coastal Trail continuation, leading uphill to Battery Townsley. Instead, stay left on the smaller but still wide path that continues to follow the cliffs to the northwest. (Note: Ignore the various social trails heading off in other directions.)

The ensuing section involves a mild climb up to the edge of the bluffs, then a relatively flat section that passes under the purview of Battery Townsley, the lemon-colored installation visible high above. Clear a bushy ravine, then continue along the final stretch as the trail gradually bends northward and passes under an array of cypress trees.

Just beyond, hikers are rewarded with jaw-dropping views north along the coastal cliffs toward Tennessee Valley, Muir Beach, and beyond. Tennessee Point is reached by veering off to the left to the trail’s end. From here one can enjoy both northward and southward views—weather permitting, of course, as this area can also be socked in with afternoon fog. On a clear day, hikers can see as far north as Point Reyes and as far south as Pacifica and the Santa Cruz Mountains. A man-made, stone spiral maze—a California classic—marks the spot. 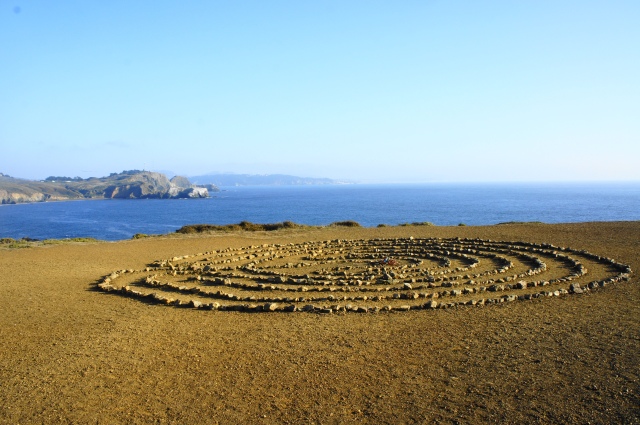 Once you’re ready, head back the way you came, or meander up the hill to Battery Townsley, Wolf Ridge, and beyond. The round trip to and from Tennessee Point clocks in at about 1.6 miles, about an hour’s journey.